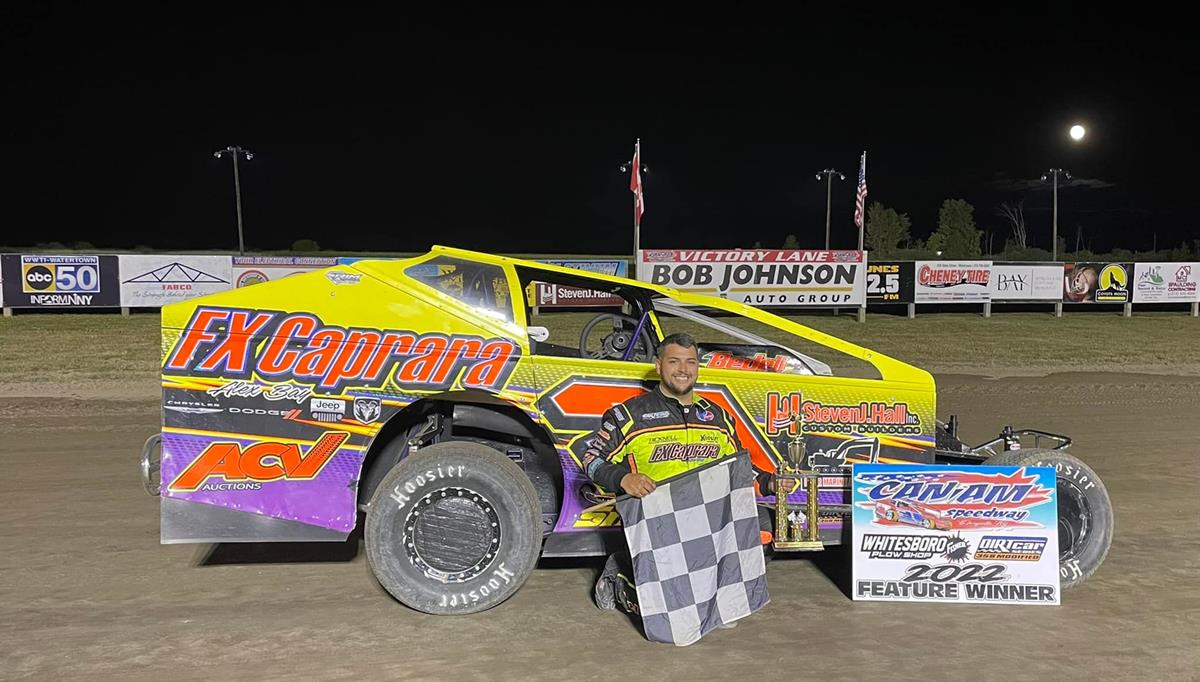 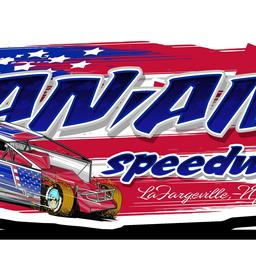 LA FARGEVILLE, NY – It was a night of celebration for Taylor Caprara of Watertown, New York, as he won his very first Whitesboro Plow Shop DIRTcar 358 Modified feature in his career.

Caprara started the feature in sixth position and steadily climbed up through the top of the field to arrive is second position by lap 16. Tyler Meeks of Evans Mills, New York, had moved into first position early in the race with a power move in lap four to pass up RJ Tresidder. Meeks looked like he had a victory all wrapped up with a nearly impossible-to-overcome lead when Caprara captured second position. But by lap 22, Caprara had made up ground and was knocking on the door of Meeks, challenging for the lead. With just two laps remaining, Caprara made his move just as the leaders entered heavier lapped traffic. Caprara took the lead and threaded the needle through lapped traffic to leave Meeks behind. For Caprara, who has grown up racing at Can-Am, with numerous victories in the Sportsman class, this was his first victory in the 358 class of his budding career.

“We’ve won a lot of big sportsman races,” Caprara said, from victory lane. “We’ve been trying to do this my whole life. To be up here – I just can’t believe it.”

The battle in the Bob Johnson Auto Group DIRTcar Sportsman modified feature was spirited and competitive, as Tyler Stevenson managed to claw his way into first place and capture his third victory of the season at Can-Am. Stevenson started 6th in the race and after several cautions and restarts found himself battling for the lead with Dustin Hutton of Central Square, New York. It took until lap 14 in the 20-lap feature for Stevenson to get by Hutton and take over the lead position. When he did, he never looked back, extending his lead over the rest of the field and taking home the win.

“The car was a rocket ship,” Stevenson said, after the race. “I didn’t know how it was going to be in the feature. We didn’t have a lot of success the last couple of weeks. But I could get a good run through three and four and we were able to go out and race nice and clean and have a lot of fun doing it. Any win is unbelievable. It’s unreal to win three times this season.”

In the Panther Frame Worx 602 Crate Sprint Cars, Logan Crisafulli of Oswego, New York finished the night in victory lane once again, collecting his third win of the season. Crisafulli was able to outlast Josh Verne Jr. for the win. The points race becomes very interesting as Crisafulli trailed Verne Jr. in points by just 20. Crisafulli took the victory, but Verne Jr. took second. When racing returns to Can-Am in two weeks, the battle for track championship will be even tighter in the Panther Frame Worx 602 Crate Sprint Car class.

Other winners on the night included Bruno Richard of Gatineau, Quebec in the FABCO DIRTcar Pro Stock feature. It was his fourth victory for the season at Can-Am, making his run for the championship even stronger.

Owen Nier was the winner in the Donath Motorworx Limited Sportsman Modified feature, a race that started with a heart-stopping moment when Joe Trichilo of North Syracuse, New York got up and over the rear tire of Keegan Nier and launched into the air in turn one of lap one, nosing over and ending up on his roof. Trichilo was okay but his car needed to be towed to the pits, his racing done for the evening. Owen Nier of Carthage, New York, meanwhile, proceeded to get out in the front of the pack early and had to contend with Paul DeRuyter of Inlet, New York as the race came to a close in the final laps. Nier was able to keep DeRuyter out of first and drove to his third victory of the year.

Can-Am Speedway will take a break from racing for a week, returning with a full slate of racing action on Friday August 6th, sponsored by North Star Real Estate.

For full race results and for updated info on the points chase, visit: racecanam.com 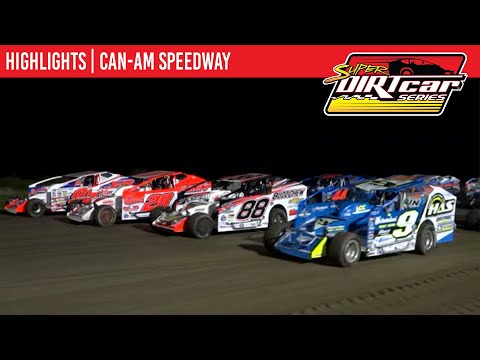 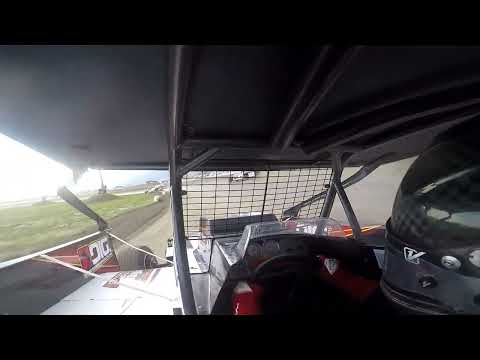 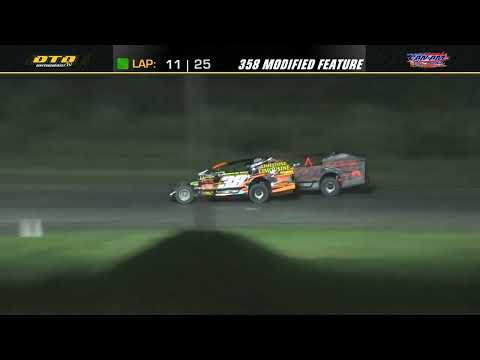 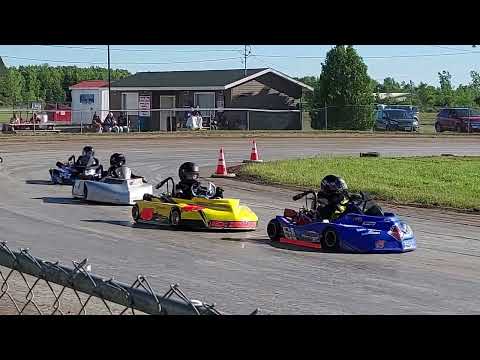 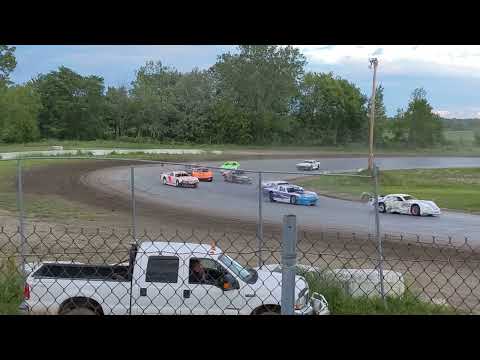 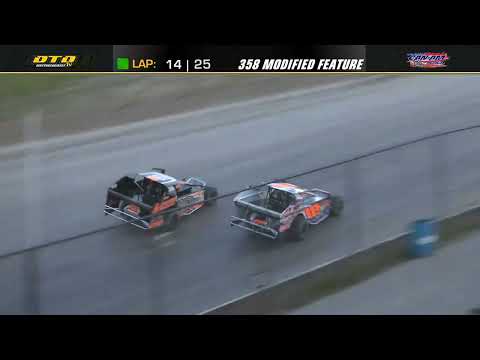